Introduction is the first Marble Hornets video. The video gives a gist of the back story behind the tapes Jay will be showing in upcoming Entries.

Exposition text is superimposed onto footage of someone filming themselves driving (by context, it can be assumed that this is Alex). The text starts with the now-infamous words "The following clipsare raw footage excerpts from Alex Kralie, a college friend of mine.". The text goes on to say that the video's uploader (the not-yet identified Jay ) was a friend of Alex's in college, and that Alex was working on a student film in 2006 called Marble Hornets. Alex began to become an unreasonable director and increasingly difficult to work with, andhe eventually dropped the project due to "unworkable conditions". When asked his plans for the tapes used for filming, Alex replied that he would "burn them".

After much coercing, Jay convinced

Alex to give him the tapes as long as he never mentioned them again. Unnerved, Jay threw them in the back of his closet and forgot about them. Three years later, after not hearing anything at all from Alex, Jay stumbled upon the tapes again and decided to give them a look. Since the tapes were unmarked and without timestamps, it would take him some time to sift through them. The Marble Hornets YouTube channel was started so that he could upload anything of interest. 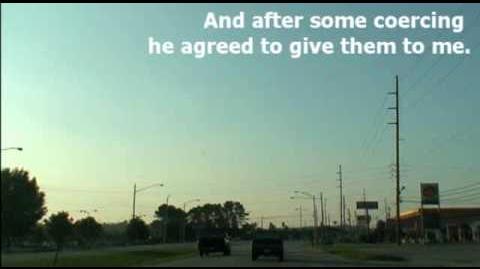