"There was something about this guy that was just...it was strange."
―Alex Kralie , Entry #2

Jay opens the entry by stating via text that, after several more hours of tapes, he found this footage of Alex talking while driving. He adds that for now, he's going to assume these events took place before those of Entry #1.

The video cuts in and Alex is heard saying that after coming home late, he took his dog Rocky for a walk near the set of Marble Hornets . The walk took place around midnight, about 20 minutes before the actual recording of this tape. As they walked, they came across what looked like a man just standing in the middle of the road, completely still. Rocky became anxious, refusing to go any further, and Alex decided to take them both back home. However, Alex's curiosity has led him to return to the scene without Rocky, wondering if the man he saw is still around.

Alex pulls off under the lamp where he thinks he saw the man, but the area appears to be empty. Nevertheless, Alex gets out of his car to have a look around. He supposes the man has moved on, and the tape cuts out as Alex says, "There's just something about that--".

Jay ends the entry, saying that from what Alex describes here it's possible the man he saw is the same figure that appeared in Entry #1. 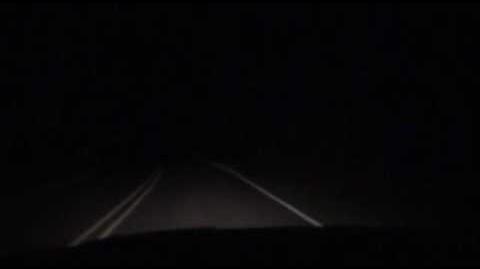 1/6
Community content is available under CC-BY-SA unless otherwise noted.
Advertisement