In this entry, we see a heavily distorted piece of footage from what was to be Marble Hornets

Jay opens by saying that he found a clip where Alex is acting more like he usually was, but like others before, had heavy distortion.

It cuts to greenery, with trees, grass and bushes. Brian walks past the camera, and Alex's voice says that they're going to start filming, and tells Brian, presumably, what to do. Then half way through, the image turns darker, and the voices sound louder. Brian and Alex walks into view, and the camera follows them. After a couple moments, someone says something, and then the camera turns left, capturing the image of The Operator standing in the middle of the little field of grass. A voice says 'Let's get him off the..." while another voice says he hopes the man is not angry at them. He tries to call to the man, who they don't know is The Operator. Another voice asks what he was doing before the video turns to black and ends. 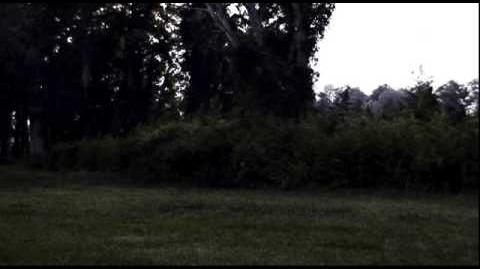