Entry #1 is the first Entry of Marble Hornets.

The video starts off with some text from Jay indicating that this footage was the first he'd come across that was different from all of the others he'd sifted through, and that it seems to take place in Alex's house instead of the set of Marble Hornets. He warns that there is no sound.

The footage starts with the camera being turned on in a cluttered room. There is a visual tear that resolves itself after a few seconds, and the camera turns toward a window. Alex moves aside the drape with his hand, and the camera pans along a long shadow on the ground until it reaches The Operator, who is standing on the deck, turned away. The Operator turns toward the window, and Alex quickly moves the camera away.

The video concludes with Jay's text indicating that it is the only thing out of the ordinary on that tape, and that he will keep an eye out for similar content. 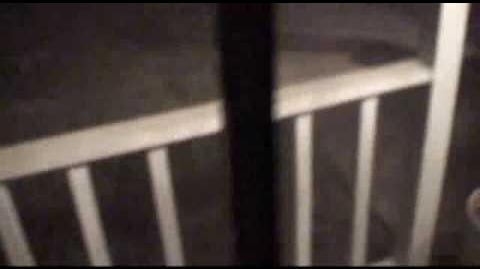 1/8
Community content is available under CC-BY-SA unless otherwise noted.
Advertisement